This has been the last day of a packed congress with amazing people and talks. Let me highlight the session I attented today, before i get to a short conclusion. 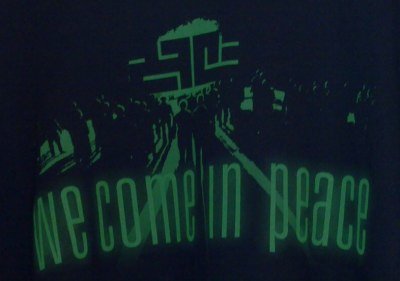 Which freedom do you choose?

The very first and excellent session dealt with Political Philosophy in FOSS. Adam Obeng roughly introduced Politics (on power) and Philosophy (on thinking really hard) as well as their combination, which takes the methods of philosophy and the subject matters of politics. The main part followed, in which he discussed freedom as used in the most popular FOSS licenses GPL and BSD on this base. He was very good in making clear how hard it is to find a definition of desirable freedom, because there is always a hook. The GPL on one side uses a "focuses freedom", because it is focused on the people as a group. As a restrictive license there are rules, that need to be followed, like redistributing software under a compatible license (copyleft). BSD, on the other hand, focuses on the freedom of a single person: take it and do whatever you want. For a better comparison the gave the example of "The General Slavery License" where people needed to provide work measured in LOC or time. This could leed to great software, brings forward the freedom of all users, but limits the freedoms of the programmers. 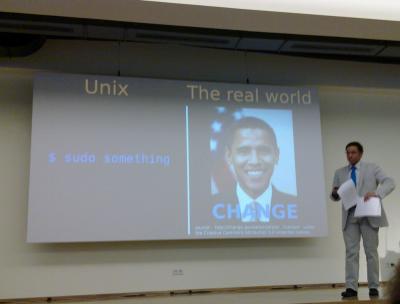 Becoming root on Linux flavours or the Real World

In the end, his conclusion was, that software freedom is not only about freedom. Slides and information are provided by Adam Obeng as PDF.

Another traditional talk was held by linguist Martin Haase, who is analyzing the language of politicians every year, which usually is a lot of fun on serious topics. This time his focus was on treachery and justification. Main subjects have been data protection officer Peter Schaar, politician of the Green Party Bütikofer or minister of the interior of Baden-Württemberg Heribert Rech. Martin Haase always finds a great balance of scientific explanations and diverting examples. In the Q/A part afterwards he announced that journalist Kai Biermann and him a working on a book that might be ready in 2012. For a certain amount of time, both if them also drive the Neusprech (newspeak) Blog (German).

Evolution of the Journalist

Annalee Newitz outlined in her talk that Journalism is not dead, as you might hear this assumption every now and then, but is still an important job with rising relevance. She drew a picture of what might be in fifty years and stressed which abilities will be needed then. Basically she made out three major roles, which has origin in the past in a comparable way. Each role has been backed up with examples from the past or now and a use case of the future. These roles are:

Traces on the cables

An illuminating talk was given by IBM employee Jeroen Massar afterwards, who explained, after a quick introduction, which data can be determined in what way and be stored by ISPs, when IP packets pass their way. By his profession he talked out of experience and inside knowledge. Basically, every user(session) can be matched by ISPs and some of them store those data for an infinite time period. Moreover you can attract attention when you use Tor, a VPN or delete your cookies every time, because no one else does. If you want to be anonymous you should do, what everyone else does (become a sheep), which is not easy, of course. An interesting performance, only showing kind of powerlessness in this field, because the collection can not be retarded.

Masters of the Crystal Ball

Just like every year Frank Rieger and Ron check their predictions in terms of data security for the last year and foresee the nextyear. In a way it was another retrospect. So things included were Stuxnet, US Government leaks, DE-Mail, the planned German Anti botnet central, SWIFT, election machines and so on. Fails that might occur in the next year include, between a lot more others, issues with Cloud Computing, operate cars by remote control, and a lot of other stuff that does not come into my mind due to lack of notes :(

With an final report about various facts like the amount of Mate that has been drunk (6,000 litres), facts around network traffic and medical help the last glances of 27C3 have been induced. It was a great congress, in my opinion, that exhausted my head each day and gave me a lot to think, some people to meet, but also some people that I missed. I really enjoyed this event and thank all people involved with it, especially because it is organized and executed voluntarily.

For other view in the press and in the blogosphere, confer to the News Items in the Event Wiki. Though I happen to follow some blogs, I did not really react to them, which is a pitty and will be done better next year. However, you may want to check the reports on Bavatar's blog, too.

Meanwhile the first recordings swash onto the surface, you may want to check the mirror of the FEM for them. 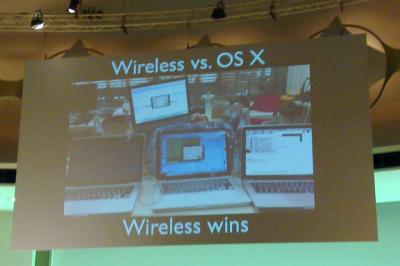 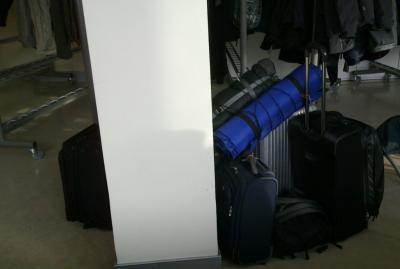